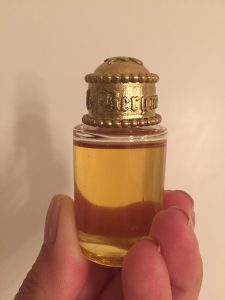 I’ve always loved the smell of the mysterious flower of gardenia. In fact, I try to sample as many as possible and find most of them likable if not lovable. That is why I was so excited to try Black Gardenia, a perfume oil that had gotten mixed reviews. People either loved it or hated it.

I almost always sample a fragrance before buying it, either by scoring a free sample at a brick-and-mortar store or by buying a sample online through for a few dollars. Unfortunately I couldn’t find a single store that carried it. To top it off, all of the online stores I typically use were “temporarily out of stock” of Black Gardenia samples. Well, we always want what we can’t have, right? This only increased my desire to try it.

Now, this fragrance isn’t inexpensive; a 1/2 oz. bottle costs $120.00. It isn’t quite as bad as it sounds though because a little goes a long way with perfume oils as opposed to perfumes. I was really torn since I was obsessed with getting a whiff of this but had trouble justifying buying a full bottle of a perfume I’d never even smelled on anyone else, let alone tried on myself.

So…one night after a couple of glasses of wine…in a moment of weakness…Yep, you guessed correctly! I went to the luckyscent.com website and ordered a full bottle. I wasn’t even the slightest bit regretful, in fact I was giddy with excitement knowing that my Black Gardenia would be arriving in a few days. I was convinced that it was going to become my new favorite perfume oil, replacing the more reasonably priced, faithful Kai perfume oil.

Sadly, Black Gardenia belongs in the Perfume Hall of Shame.

A partial description on the Luckyscent website states: “Like floating in and out of a dream…Initially intense, Black Gardenia softens and becomes exquisitely fresh as it warms on your skin. The beguiling heady sweetness of the beloved flower is rendered with haunting delicacy and touched with the barest whisper of dark intensions…”

I really, really wanted to like it. I wondered if it would smell anything like my two top favorite gardenia perfumes, Monyette Paris and Guerlain’s Gardenia.

Boy was I disappointed 🙁 Black Gardenia smells to me like a sickeningly sweet decaying gardenia. It smells like an almost-dead gardenia. It also smells vaguely like Raid.

On the positive side, it is really appropriately named and lasts an incredibly long time on the skin. I could still smell it on me, in fact, after taking a really long and soapy shower.

Black Gardenia could probably be best used as a pesticide around the house with good results. 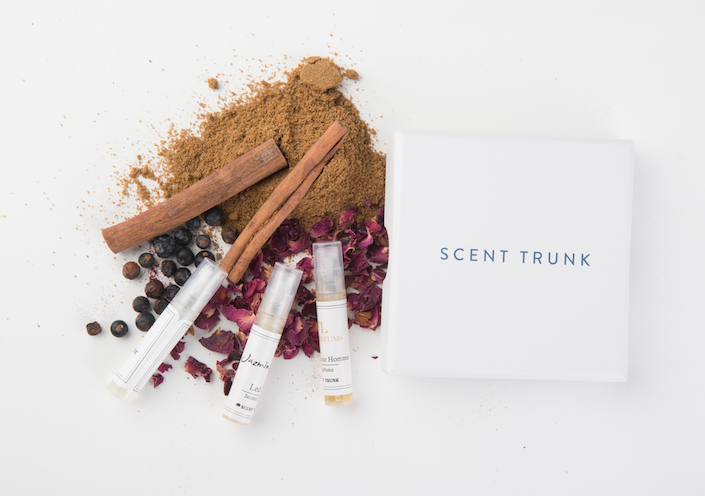