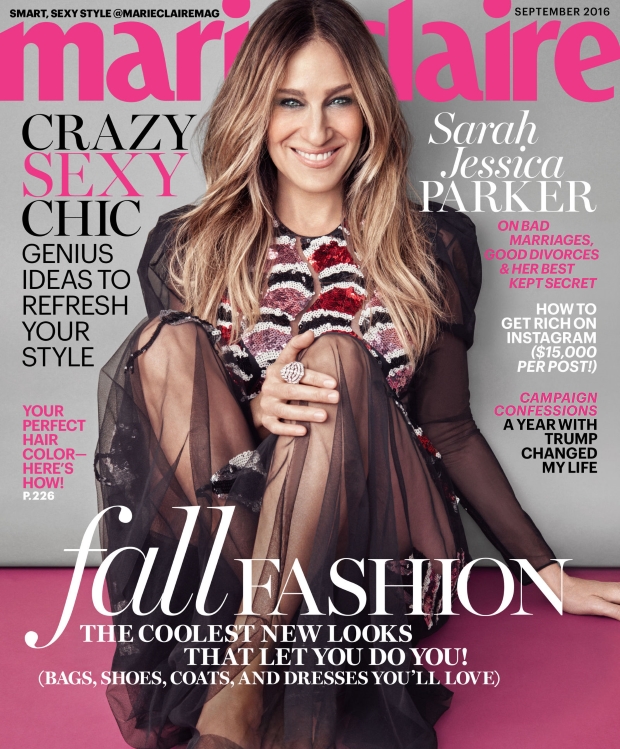 Best known for her role as Carrie Bradshaw in the hit television series and subsequent films, “Sex and the City”, Sarah Jessica Parker is also a life-long perfume lover who’s known for layering her fragrances to produce her own unique scent. When Coty offered her an opportunity to launch her own scent in 2005, she jumped at the chance and Sarah Jessica Parker Lovely was born. The fragrance became hugely popular and it’s advertising campaign capitalized on Parker’s voice and personal image.

Parker said that she didn’t want a fragrance that dominated the room and this fits the bill perfectly: it doesn’t scream for attention and is refined, soft, gentle and warm.

Lovely starts out as “a silky white amber” and has notes of bergamot, rosewood, mandarin, lavender, apple martini, orchid, patchouli, cedar, white amber, woods and musk. It is extremely wearable, not overly feminine and has great longevity.  Unlike many celebrity perfumes, Lovely will appeal to women of all ages. In fact, Sarah has said that this fragrance will appeal to those “from 17 to 107”.

Before I tried Sarah Jessica Parker Lovely I’d read a number of reviews comparing it to Narcisso Rodriguez for Her. I see some similarity in that they are both floral oriental perfumes. They both contain the same heady notes of sensuous musk and woody amber but Narcisso Rodriguez seems to pack more of a punch, possibly due to being heavier on the patchouli and containing the added note of vetiver. Lovely seems to gracefully glide by while shimmering in the breeze. They are both very long-lasting once on the skin and have a sweetness to them.

I can actually see a man wearing this fragrance if he was able to get past the name.

The success of Lovely has led to a continuing partnership and has produced Covet (2007), a trio of companion scents – Twilight, Dawn and Endless (2009), limited editions of Lovely and Covet, SPJ NYC (2009) and SJP NYC Pure Crush (2011).

Parker’s newest fragrance Stash SJP was launched in late August 2016 was apparently inspired by the scent of a man. According to an article in latimes.com, Sarah calls the new fragrance “Lovely’s naughty, subversive sibling.” She tells more about it in an article in usmagazine.com, “I knew that I wanted a teeny bit of cognac, a teeny bit of leather, a teeny bit of body odor. We started working on this back when Lovely came out and no one was ready for it…I feel this new fragrance is a real rule breaker. It is unapologeticaly sexy. It’s addictive. and it is for everyone.”

Sexy and raw is what I’m expecting when I try her newest fragrance (and I’m in no rush but I vow to give it a whiff!). I will be tuning into her new HBO series “Divorce” which just began this month and marks her first TV role since the last episode of “Sex & the City” aired in 2004.