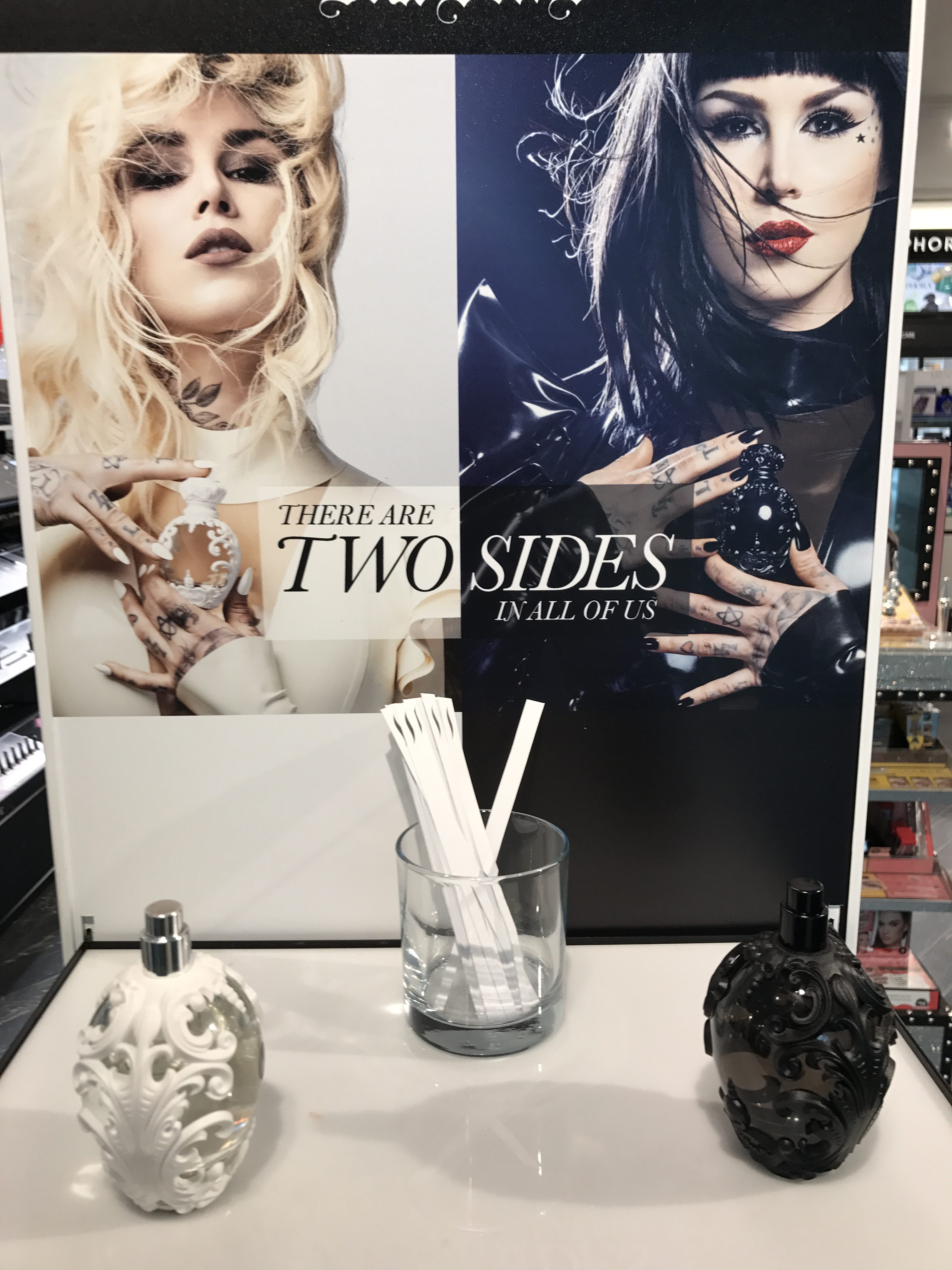 It’s been nearly eight years since Sinner and Saint by Kat Von D took the fragrance world by storm and it seems like the edgy brand figured it was time for a relaunch. Kat Von D, the famous tattoo master who also owns an uber-successful make-up line, came out in mid-July 2017 at Sephora with the newest juices to her name. Anyone who happened to even stroll past a Sephora couldn’t miss it.

The fragrance duo can be worn alone or in conjunction with each other. They are said to be faithful to the original versions, with bottles of an entirely different design.

Confession time: I never sampled the original versions although they were on my long list of ones to try. You can’t try everything, right?

So I had a completely open mind when I curiously ventured into Sephora recently on a sniffing mission. I had a feeling that I’d like Saint more than Sinner. I had an intuitive sense that Saint would be lighter and happier than Sinner based on the name. I also figured that Sinner was probably loaded with patchouli which I like but only in small doses.

Here are my conclusions in a nutshell:

Saint: Although I preferred it to Sinner, I am not a gourmand perfume lover. I prefer eating food to wearing it. The lovely jasmine and lily of the valley notes were barely there but you can’t miss the plum, peach and vanilla. They seemed like the only notes that lingered on my skin after about an hour. I’m sure gourmand fanatics will go wild for this.

Sinner: Eek!!! Really? Although patchouli did indeed rule the roost, there were other notes that made me feel slightly dizzy and not in a good way. I think it was cinnamon mixed with various other fruits – probably plum and apple (if so they were rotten ) – that just killed it for me.

Sorry to be a debbie downer about these and I do wish them the best! I’m sure they will make someone very happy, just not me.