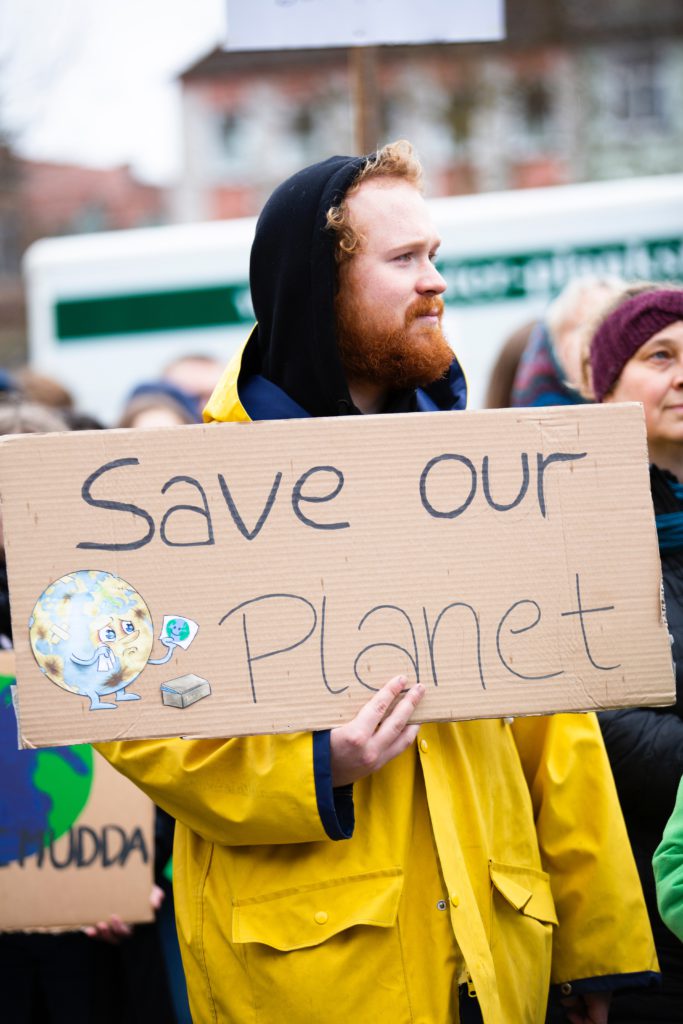 Like it or not, we live in an age where the most random things are being labelled as either offensive, insensitive or problematic. Last fall, Colorado State University advised students to make their social media “more inclusive” by “avoiding gendered emojis” and substitute a variation of the yellow smiley faces or object emojis. “God bless you” has been declared an anti-Islamic phrase. Even the size of chairs has been called out for microaggression; a professor in Australia has called small chairs in preschools “problematic” because they’re disempowering for teachers and small chairs in auditoriums and offices are victimizing those who are overweight. It seems like there’s a new political correctness violation popping up every day.

I don’t think I’m alone in thinking some of this has all gotten a bit over the top.

So where am I going with this little rant? So glad you asked! I just read an excellent article about how political correctness has affected perfumery. The article, entitled “Is Political Correctness Killing Perfume?” is written by Ingeborg Van Lotringen, Beauty Director at Cosmopolitan magazine . It just received top honors in the prestigious Jasmine Awards and examines how political correctness has impacted the perfume industry.

She talks about how tastes in perfumery have evolved and changed over time, starting with the ancients. Perfume has been around practically forever since the days of Cleopatra dousing herself in rosemary-and-myrrh infused ass’s milk. Way back when, perfume was used to mask the scents of life when proper bathing was a rare occurrence.

Perfume didn’t become a luxury item or a cultural gage of its time until much later. The joyous post-war era brought forth Miss Dior and Estee Lauder Youth Dew (I’m adding that one which wasn’t mentioned in the article).

Fast forward to the millennium culture where celebrity shows, magazines and clothing took over. Perfume was quick to follow with J Lo’s Glow and Britney Spears Curious groundbreaking best-sellers. Glo raked in $100 million its first year and Curious was the best-selling perfume in department stores when it was released in 2004. The common denominator of most celebrity scents was a formula of either gentle florals or irresistible sweets. The fact that these perfumes were easily and cheaply churned out also made big perfumes executives happy so no one was on a rush to stop the gravy train.

The financial crash of 2008 brought about many changes. The world was reeling from the worst recession since the Great Depression of the ‘30s and people needed perking up. Ethyl maltol, famous for the cotton candy praline scent ingredient used in perfume, started being marketed as happiness in a bottle. Even legendary scents like YSL Black Opium and Guerlain Le Petit Robe Noir came out smelling like cupcakes.

By mid-2018, 70% of new launches had sugary accords, 75% were housed in pink bottles and 7 out of the 10 most popular perfumes were sweet. For an industry known to provoke, innovate and seduce through scent this was a remarkable departure. It was as though femme fatale had morphed into Barbie.

The dramatic shift in perfumery is a combination of different forces at work here, according to Van Lotringen. Importantly, the current generation is a mix of millennials and iGenners (anyone born in the mid-90s and later, named as the first generation to spend their entire adolescence in the age of the smartphone). These are individuals known for being highly opinionated, dedicated to free expression and committed to progressive change with relation to gender and the environment.

The impact this mindset has had on perfumery has been far-reaching and not not exactly what you might expect.

The article quotes perfume consultant Nick Gilbert of Olfiction.com: “Corporately and socially, the acceptable spectrum of individuality and self-expression is actually tightly controlled.” He believes that, contrary to appearances, iGenners are far more conformist than previous generation. “And this is reflected in the scents people choose”.

The current generation is also more wary and circumspect in matters regarding sex. They are growing up in the age of #Metoo and The Everyday Sexism Project. Sure, there’s no shortage of hook-up apps like Tinder and Casualx  but this is also the age of some of the oldest virgins on record. One in eight millennials are 26 before they have sex according to a statistic quoted in the article.

People are now looking at what ingredients were used in the perfumes that they were purchasing. All-natural, vegan and cruelty-free animal testing have become boxes that need to be checked. 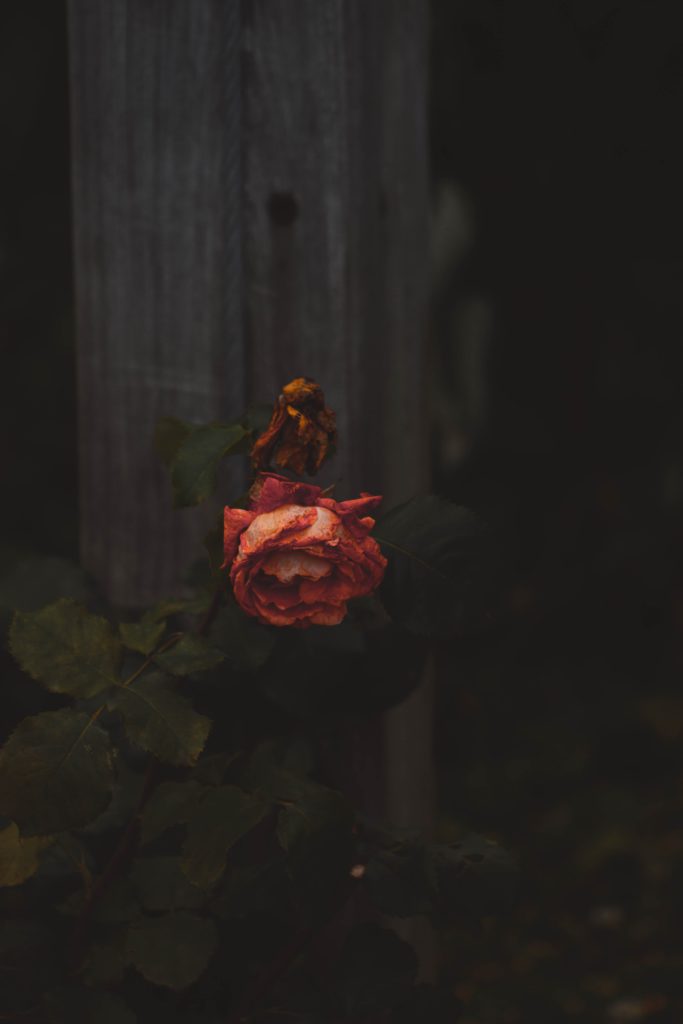 Photo by Mat Reding on Unsplash

Many commercial perfumers have shied away from the use of animalic notes like ambergris in their perfumes, even though today they are all synthetic versions with no harm done to animals. It seems easier to avoid using certain ingredients altogether than to face the wrath of those permanently poised to take offense.

While I’m certainly not knocking “all natural” perfumes, it may come as a surprise to many that all-natural isn’t necessarily better, safer and less toxic than perfume using man-made ingredients. In truth, at least some of the blame should go to the fragrance industry. It’s been slow to educate consumers about what actually goes into their scents, especially when it comes to the difference between natural and synthetic.

Perfumers today have to be careful even about how they describe their scents. Perfumes descriptions using the word “curvaceous” might be accused of sexism or “like radiant white skin” could be viewed as racist.

Fear of crossing the line of political correctness seems to account for today’s dirth of bold and innovative scents designed to unleash emotion and provoke discussion. The vast majority of commercial perfumes you’ll find at places like Sephora all seem to smell alike, unremarkable clones of each other. While they’re not offensive, they’re not exactly intriguing or exciting either.

A growing trend which I’ve noticed but isn’t mentioned in the article is that of “unisex” scents. Perfumes labelled as “unisex” has been steadily growing and I can’t help but wonder if it’s partly due to the whole political correctness issue. Scents like Glossier You, Arizona and Escentric Molecules which are marketed as “ambiguous” and “not like perfume” have been growing in popularity.  I’ve always been a believer that all fragrances are unisex. Who’s to say that rose is for women and vetiver for men? But the number of scents out there claiming to be gender-neutral seems to be growing.

So how can we manage to save perfumery in this age of political correctness? According to Van Lotringen, the answer lies in niche perfumes (made by small, independent perfumers) and exclusive collections by big brands like Chanel and Dior. The biggest issue with this is cost. These perfumes frequently cost upwards of $150 per bottle which poses a problem for most of us.

Van Lotringen concludes her article with the following:

“Perhaps the real answer lies within us all. Free speech and expression needs to be just that – an acceptance (or certain tolerance) of all points of view. Perfumers need to be able to innovate without shame or reprobation, while consumers need to understand that “challenge”, whether in the form of diverse accords or imagery and language, is part of living in a free and diverse world. Because for all of the progressive bounds this generation is succeeding in making, wouldn’t it be such a shame if everyone smelt the same while doing it?”.

You can read the entire article here.